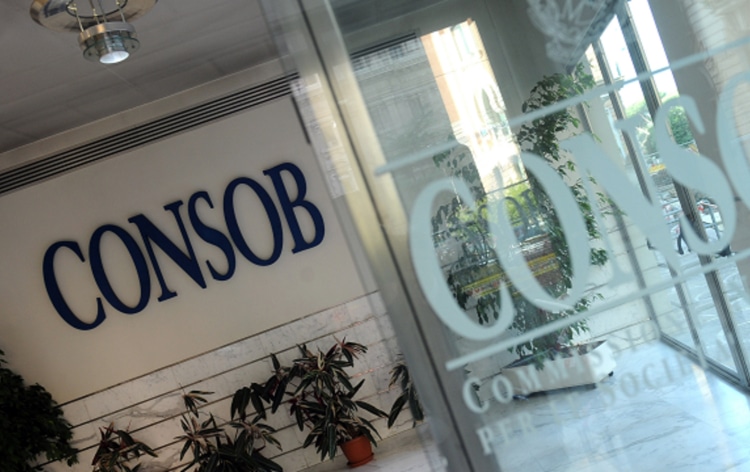 Consob, the government authority of Italy, mainly responsible to regulate and overlook the Italian securities market, has recently announced to be blocking more companies in the country for violating local laws. Consob has formed 46 years ago, in 1974, and over the last few decades, the regulatory framework of the government body has changed a lot. As a result, the agency is now working very hard to fight against fraudulent activities in the country, to safeguard the rights of investors in the local market.

The Italian securities regulator has announced that they will be blocking another set of Forex websites that were illegally promoting trading products so that they would get as many clients locally as possible. Consob has now officially contacted the Internet Service Provider of Italy, ISPs, to officially block access to the websites that were illegally promoting their trading products in the country.

As of now, Consob blocked a total of five sites. During the latest clampdown, these were the companies that were targeted the most. As the Consob statement reads, the decision was supported by the Decreto Cresita law, as a result of which, Italian investors will now be blocked to have access to the online brokers.

Over the last few months, the Italian regulator has been exceptionally active in this regard. Similar actions were taken against hundreds of different companies, as much as 323 domains were blocked in total in the country in just a few months.

As the Growth Decree extended its powers, the regulatory body of Italy found new tools to challenge the illegal activities in the country. Thanks to the decree that we were talking about earlier in the article, now, the Italian regulator is able to order the internet services providers to block websites that are deemed to be harmful by Consob in the country. However, it will take a few days for the block to come into effect because there are some technical challenges behind the decisions.

Some CySEC authorized companies are also on the list

A very intreating thing about this whole situation in Italy is that among the companies that the regulatory body has blocked are the ones that own licenses from CySEC, one of the best-known regulatory bodies all over Europe. Consob has noted that some of the authorized companies are also among the ones that falsely advertised unregulated products as being regulated and controlled by Consob.

The regulatory body representatives have noted that it was very much unlikely for these companies to provide consumers with the clarity required by the rules and local standards that could leave inverses unable to understand were trustworthy or not. When it comes to dealing with leveraged trading, Consob is known to be one of the most vigilant and strict regulatory bodies in the whole region.

The company is known to be very strict when it comes to violating local laws and works very hard to make sure that everything on the market is happening under their control and surveillance.

The regulatory body has over the last few months blocked companies that were authorized by regulatory bodies such as CySEC and the FCA of the UK, which shows that they are very strict when it comes to controlling the local market in Italy.

As the representatives of the regulatory body are saying, the bans and blocks were of utmost importance to protect local investors from fraudulent activities. The regulatory body has blocked the companies after repeated violations despite the fact that some of the measures have already been adopted by the original regulators of those brokers.

The Companies and Exchange Commission of Italy has always been very active in using the powers granted to it under the so-called Growth Decree. This piece of legislation gives the regulatory body the power to block access to the financial services that it deems not safe or dangerous for local investors. The blocking usually takes several days to be implemented. Before the Growth Decree was adopted, Consob would typically count on warning in order to protect local investors from getting involved in shady investment schemes.

The regulatory body is known to be updating the blocking of online trading websites that are illegal every week. So, local traders in Italy, it is very much recommended to follow the website of the regulatory body to make sure you stay up-to-date with the ongoing events in the local market.