Home -- Here are the top 6 Forex terms every trader should know -- Forex pip explained – What is it and how does it work?

Forex pip explained – What is it and how does it work?

The Forex pip size can be calculated in two different ways. One is calculating it in the currency pairs that you are using, and the other one is using the formula. Most of the traders prefer to use the second one because it is more flexible and easy to calculate.

Understanding pips is very important while trading Forex because they show you how much the price of the currency pair has changed. However, we know that it still might sound a little confusing to calculate the amount of pip. So, if you want to learn more about it, follow our in-depth guide as we discover everything about it.

Forex pip meaning – What does it stand for? 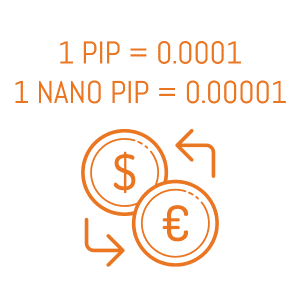 Depending on the number of pips you generate/lose in your trading session, it’s either going to be very profitable or very destructive to your portfolio. And the reason why it’s so detailed is that the price change is usually quite incremental. Therefore, the pip calculation needs to be more detailed so that traders generate higher payouts.

So, if you understand the Forex pips definition, now we can talk about more details. In order to make it easier for you to understand, let’s talk about specific examples:

Even if it seems that this is a tiny price change, keep in mind that it still can have a huge effect on the trading, mainly because the usual position size goes up to hundreds of thousands of currency units. It’s also worth noting that many Forex traders use leverage, which does increase profits, but it does the same thing for losses.

Ways to calculate pip for Forex

The thing about the value of a pip is that it is different for every single currency pair, and that is one of the main reasons why it is so important to understand the calculating process.

The Forex pip formula is actually quite simple. To calculate it, you will have to divide the number of pips, which can be either 0.0001 or 0.01, by the exchange rate that the currency pair has at the moment. Then, after you have done it, you will have to multiply it by the lot size, depending on whether you are using a standard, mini, or micro lot.

The number that you will receive is the price of the pip on the quote currency, which is the second currency that you see in the currency pair. A very interesting thing about the pip is that in the case of the USD, the pip always equals 10 dollars.

There are also easier ways to calculate the amount of pip. Some of the best Forex brokers around the world are calculating them on their own, which means that traders will not have to think about it at all. Some of them also offer a Forex pip value table, which is a very good way of telling how much the pip is.

Remember that pip calculates the movement in the exchange rate, and although you could use the Forex pip indicator, understanding how it works is a very important thing. Even if you are trading with a broker that calculates it on its own, understanding it is still very important. If you understand how they are calculated, you know that you are not getting lied to, which will make your confidence in the trading much higher.

Not many people know, but as we have already said, there are several different types of pips available in the market. Let’s discuss different versions of pips and the way they work below. 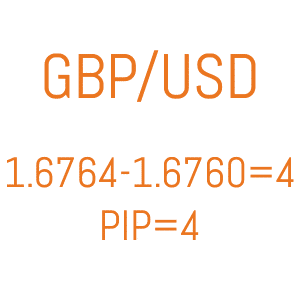 Most of the currency pairs that you come across in the market will be calculated with the same method. However, it is different when the currency pair includes JPY. In this case, as we have already said, the pip is the second number after the decimal point, meaning 0.01. The process of the calculation is very much the same, and you are using the last number in this case as well.

As you might already know, while trading Forex, the changes are minimal, this is especially true if you are using a short-term Forex pip strategy. Because of this, many people are using high leverage. Using Forex leverage pip is very important if you want to increase your turnover, however, keep in mind that leverage also increases risks.

Another type of pips that you will come across in the market is the nano pip. The nano pips are known to be much more accurate than others in the market, nano pips are also referred to as a pipette. In Forex pip trading, nano stands for the price change of the fifth number after the decimal point, in terms of the JPY currency pairs, it stands for the third number after the decimal point.

So, if the price of the GBP/USD is 1.65673 and it changes to 1.65671, it means that the price is down 2 nano pips, or 2 pipettes. Most of the traders around the world are using this method to see even the slightest movements in the market, although it is not as popular as others, it still is very useful to know.

To understand more about this concept, you should learn everything about both, Forex pips and lots. In the world of Forex, a standard lot is equivalent to 100,000 currency units. It’s basically a number of currency units traders will buy or sell.

Pip is an integral part of Forex trading. It stands for the Percentage in Point and is calculated in several different ways. There are few versions of pips available in Forex. For most of the currency pairs, the pip is the fourth number after the decimal point; for the currency pairs that include JPY, the pip is the second number after the decimal point.

As you might already know, one pip is a very small fraction of the change in the currency pair price, but it can play a huge role. It is especially true if you are using high leverage while trading. Because Forex pip point is such a little change, most of the Forex traders, especially those using scalping and day trading strategy, are using high leverage for the maximum payout.

How many pips does Forex move in a day?

Where exactly is the “one pip”?

How much is a Forex pip worth?

For most of the currency pairs, one pip stands for the movement of the fourth decimal place, 0.0001.

What are the examples of 1 pip movement?