Currency Pairs for Beginners – Everything You Should Know

Even if you are a total beginner in trading, you probably already know that while trading Forex, you will be dealing with currency pairs. But what exactly are the currency pairs? To put it simply: a currency pair consists of two different currencies, and its price represents the exchange rate of the first currency over the second one. When you are opening a position for an X/Y pair, the X currency is called the base currency, while the Y currency is called a quote currency.

Understanding currency pairs in Forex trading is one of the fundamental aspects of achieving success. This should not be a surprise, because you will be dealing with them your entire time in the market. However, it’s not something to worry about: understanding the main idea behind currency pairs is not difficult at all.

Today, we will talk about currency pairs basics. So, if you are just getting started in the market and are willing to learn more about trading, follow us as we discover the most important aspects of trading currency pairs.

Types of Currency Pairs in Forex

Below, we will discuss these currency pairs one-by-one. 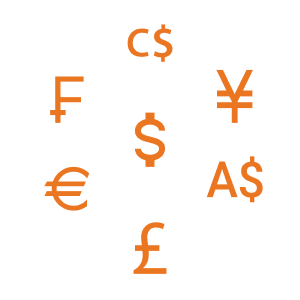 The major currencies are the ones that are traded in the most volume in pairs with USD. There are several major currency pairs, including EUR/USD, USD/CHF. AUD/USD, USD/CAD, USD/JPY, and GBP/USD.

Major currency pairs are known to have very narrow spreads, and they can also be traded every working day, 24 hours a day.

Also, it is much easier to get accurate information about these currency pairs online, which is one of the main reasons why so many newcomers are using them. Although the major currency pairs list is short, they play a huge role in the world of Forex.

There are as many currency pairs available on the market as currencies themselves. The number of them is changing very frequently, as new currencies are adopted or the older ones are changed, new currency pairs are born as well. Because of this, traders always have a huge list of currency pairs that they can choose from, which is a great thing. However, before you start trading FX, you will need to learn some basics.

As we have already said, the Forex trading market stays open for 24 hours a day, 5 days a week, and the trading volume that the market sees is huge. As we have already said, when you are trading Forex, the currency that you are buying is called the base currency, and the one you are selling is called quoted currency. In general, understanding currency pairs and the concepts that we are talking about is not that hard, but there really is a lot that goes into it.

Unlike other trading markets, like, stocks, for example, while trading Forex, you will be buying one currency pair while selling another. In the stock trading market, on the other hand, you would have to use cash to buy a part of the shares.

Most Popular Pairs on the Market

It should not come as a surprise that the most popular currency pairs on the market are the majors. They are known to be the most dominant and strongest currencies on the market, and because of the fact that they are traded so widely, they also offer a great deal of liquidity to traders. The most traded currency around the world is the United States dollar, which is not a surprise at all. After all, the USA is the largest economy in the world. 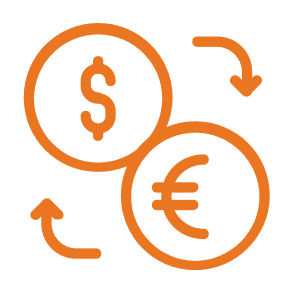 They do so by influencing changes in the interest rates. When the interest rate is increased by a central bank overnight, the demand for the currency is also increased. Also, the economic data that are reported around the world influences the prices of the currencies as well. These special releases give inverts the idea about the performance of the economy of certain countries, which, in turn, has an influence on the price of the national currency of the country.

The majority of the currency pairs are very much affected by the ongoing events in politics around the world, such as elections, for example. Recently, it was shown by the US’s Presidential Debate of 2020 that politics have a huge impact on the price of the currency of the country.

The fact of the matter is that when you are looking for currency pairs to trade, the thing that really can make a difference is your interests. If you are one of the countries with developing economies and you believe that trading the national currency is a better option for you, then you are most probably right.

There are a lot of analytical tools that you will have to use while trading Forex, in the case of major currency pairs, there are a lot of choices that you have. As we have already said, the currency prices are very much influenced by the ongoing events around the world, and while investing in one of the major currency pairs, you will have a much easier time finding information about them online.

There are more than 200 countries around the world, and the number of currencies that are available on the market are a lot. If you want to be successful in this market, it is of utmost importance that you trade the currency pair that you are the most knowledgeable about. A great pair is the one that you would not have a hard time researching, so, always use the currency pairs that you can understand better.

While trading Forex, people are using different types of technical and fundamental analysis. No matter which Forex pairs categories you are using for trading, you will have to use analytical tools to make sure that you are doing the right thing. Trading is a skill that takes some time to master, for it to be successful, you will have o work on your patience, discipline, and you should also have an interest in this market. For the best outcome, traders use technical or fundamental analysis.

With the help of technical analysis, traders try to predict future price movements based on a number of indicators. On the other hand, with fundamental analysis, traders make decisions based on economic data and news releases. If you want to be successful while using currency pairs analysis, you need to know how to use them. It actually is not that hard and can be mastered very easily.

Currencies are what you use to trade Forex. There are three major types of currency pairs available in the market: Major, Minor, and Cross currency pairs. To understand which one you should trade, you will have to understand what your needs in Forex are.

What are the most popular forex currency pairs?

What are the most liquid forex currency pairs?

What are the most active and volatile forex currency pairs?

When it comes to volatility, the highest ones in this regard are GBP/NZD, GBP/AUD, GBP/CAD, and GBP/JPY. Per day, all of them move on average 100 points per day. On the Forex trading market, the volatility means the measure of how drastically the prices on the market are changing.