Forex spreads explained – Everything you should know

When it comes to trading Forex, all of the trades are conducted thanks to the brokers, and these companies are charging a certain amount of money for the services offered. The spread is the money that you, as a trader, will have to pay to trade in the market.

There are several factors that influence the price of spread, one of them being the asset that you are trading. Generally, if you are using largely traded currencies, you will have to pay less money on spreads.

However, there are many other types of spreads in the market as well. In Forex, a spread is considered to be one of the largest sources of income for Forex brokers. Even if the spread is only 1 pip, remember that there are hundreds of thousands of active traders in this market, which increases Brokers’ income.

So, let’s dive deeper into the world of Forex trading and learn everything that there is about the Forex spreads meaning.

Forex trading spreads – What are they? 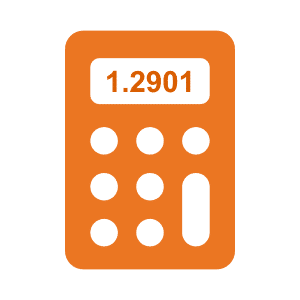 So, let’s assume that the GBP is worth 1.2901 USD, if you believe that the GBP is going to increase in price, you will be buying the pair at the ask price. However, the asking price of the currency pair will not be exactly this.

It will be a little higher, let’s say that it is 1.2903. The seller of the currency pair won’t receive 1.2901 either, they will get less, let’s say 1.2900. In this case, it can be seen that the difference between the bid and ask price is 0.0003, which is the spread for your position. Another important detail to keep in mind when calculating the spreads is Forex market hours. During the peak hours, when at least two sessions are intertwined, be it Asian and European or something else, spreads might actually go down a notch.

Although these Forex broker spreads might not sound huge, the thing is, when a trader is opening and closing a lot of positions, in total, it becomes a lot. Also, keep in mind that thousands of investors are trading in the market.

Spreads are very important for brokers

Forex brokers are companies that are offering people the ability to trade Forex, and they have to have some type of income to make sure that the services that they are offering are safe, secure, and trustworthy. Forex brokers need to make money to ensure that their services are good enough, and one of the ways brokers do it is by charging spreads.

Some brokers also have other commissions as well, like, fees on deposits and withdrawals, account-maintenance commissions, and many others But the spreads are the most common way to earn money for them. Traders should understand that behind the broker, there are a lot of hard-working individuals who are working tirelessly to make sure that their services are good enough. For that, money is needed, and it is very natural and they are charging spreads. 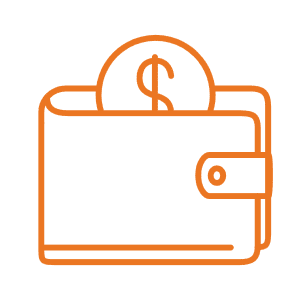 We will talk about some of these in greater detail below, to help you understand how they work in real-life trading.

During this guide, we have already talked about the bid/ask spreads and it was for a reason. They are the most common spreads that you can find while trading and one of the main reasons for it is the fact that it is simply very easy to use them and they represent a great way for brokers to get payouts.

The difference between the bid price and the asking price is what you are paying the broker to receive their services. It is true that getting 1 or 2 pips does not really sound that much while talking about the income of the broker, but, because there are so many people trading Forex every moment, it turns out to be enough for brokers. The spreads are calculated by the brokers according to the size of the lot you have traded.

While talking about Forex spreads comparison, it is very important to talk about negative spreads. They are, in reality, negative for brokers, not for investors. This means that traders have the ability to trade without having to pay anything to the broker from the trade orders. This means that the brokers are guaranteeing traders that they can get the payout if the spread is negative.

However, you must understand that it only works if you make the right call – if the currency pair starts falling, there will be no amount of negative spread. The negative spread is mostly available when you are trading high-interest rate currencies. This happens because, in this type of situation, brokers are able to earn a lot of money from holding or trading the currency. This gives them the opportunity to have negative spreads.

However, just because one type of spread is among the good Forex spreads for you, does not mean that it will work just as good for others as well. The yield spread is very similar for bid/ask, but they are mostly used for other assets, such as the ones that are mostly associated with bonds. 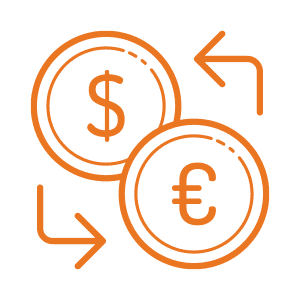 This might not be a type of spread, but it certainly is something that you should keep in mind. Every single spread on the market can be both fixed and floating. When using fixed spreads, it means that the broker will give you the guarantee that no matter what goes wrong on the market or what happens, the spread will always remain the same. So, let’s say that the broker is offering you a fixed spread of 1 pip for a currency pair GBP/USD, it means that it will stay the same any time of the day.

On the other hand, floating spreads are mostly based on the situation on the market and they change according to the market demand. They are mostly adjusted based on how many people continue to trade that said currency pair.

Everyone should know enough about spreads, but those, who want to use Forex trading as a full-time job, should understand everything about it very well. To make sure that you are not paying too much money in spreads you can trade more liquid currency pairs.

In general, FX trading is known to be very liquid, but while using major currency pairs, such as, USD/EUR, USD/GBP, and others like it, you will be trading the currency pairs that are always in high demand, resulting in lower spreads. These currency pairs are best known for having the lowest Forex spreads.

Final thoughts on spreads in Forex

Spreads represent a huge part of the trading process, and understanding them can be very helpful for investors. So, before you start trading, make sure that you understand exactly how they work.

Why do forex spreads widen at 10 pm?


Why do forex spreads widen at 10 pm?

22 GMT is 5 pm in New York City, one of the major reasons why spreads start to widen during this time is that most of the liquidity providers are stopping operations during this time to be restated at 5:30 NYC time again. The spreads are mostly starting to widen at around 4:30 because most of the providers are starting to unload any remaining inventory so that they can close the day flat.

What does a floating spread mean?

Floating spreads are the differences between the Ask price and Bid price, they vary according to the market situation. They very accurately reflect the movements of prices of trading instruments on the market and they also show how quickly they are changing.

Is floating spread better than fixed?

It depends. If the broker offers fixed spreads, they will most probably try to make it at the number that will give them some type of income even if the market is doing very bad. Also, with floating spreads, if you use it right, you might end up paying a lot less than with fixed ones. However, in the end, it very much depends on your needs in the trading world.

Can I have better spreads than other traders?

Yes, this is very much a possibility. Those who have larger accounts would usually get better deals when it comes to spreads. Most of the brokers offer different types of accounts, and a huge majority of them have different amounts of spreads.