In order to benefit from the vast opportunities of Forex, a trader should be well-versed in a number of its key aspects, such as the often searched “ best time Forex trading”. The latter will often have a direct influence on whether or not you will get a profit.

Forex market is open 24 hours a day, 5 days a week and its participants range from central banks to retail brokers and traders. If you are a little familiar with trading Forex, you might know that success in this field greatly depends on your ability to adapt to rapid changes.

However, it does not mean that one should necessarily spend 24 hours monitoring the market. There are ways to work out a schedule on when to start trading in order to make the most out of your sessions and avoid losses.

In the guide below, we will discuss what the main Forex trading sessions are and why it is important to be aware of them. Moreover, we will provide you with some tips on how to identify the best and the worst time to trade, as well as some other points to remember.

What is a session in Forex trading hours? 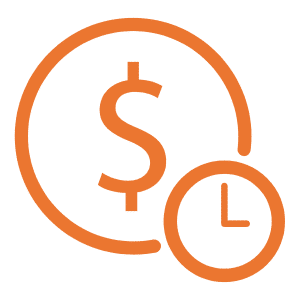 As you probably know, the Forex market is not a single entity, but rather a combination of various components, such as brokers, and traders across the world. Each of those entities experiences peak activity at different times, as it depends on when the local demographic starts to trade.

As we have already mentioned, the Forex market is open 24/5, which means that you can trade any currency pair at any time you like. However, it is safe to say that traders cannot spend all the time monitoring their positions – and this factor is what makes the Forex trading hours a little tricky.

Thus, it can be very important to know what is the best time to trade currencies of your choice. For the purpose of convenience, the peak Forex trading hours are grouped into three major sessions:

The non-major Forex sessions include:

We will now discuss the three major sessions in more detail and discover when is the best time to trade in each one of them, and how to incorporate major trading sessions into your individual trading strategy and style.

The de facto starting hours of the North American session is 12-00 GMT – a time that was selected to incorporate early activity in commodity trading, financial futures, and economic releases.

It is composed of the activities from the US, Canadian, Mexican, and other South American markets. Usually, the beginning of the North American session is marked by the activity in New York – one of the largest financial centers in the world. Thus, if you are interested in trading the US dollar – the New York trading session market hours can be the best Forex hours to trade it for you.

The North American session opens when the Asian market is long closed, however, it overlaps with the European market that is only halfway through the day when the New York session begins. The North American exchange trading finishes at 20-00 GMT and is usually followed by an interval in liquidity until the Asian session is reopened.

The London, or European trading session 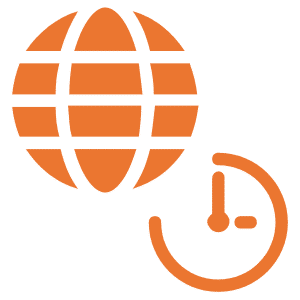 This trading session is composed of various European financial markets, however, London is responsible for setting the parameters of this session. The official working hours of the European trading session last from 07.30 GMT – 15.30 GMT.

Having said that, we should, however, note that this timeframe is usually extended both ways. Due to the early activity of the other European capital markets, such as Germany and France, the London session often begins as early as 07.00.

Similarly, since the market volatility maintains until London closes, the end of the session is sometimes pushed back to 16.00. Overall, European session market hours are the best time for Forex trading for those who prefer to trade euro.

The Tokyo, or Asian trading session

The Asian session comprises a variety of markets that go well beyond the Asian region – including New Zealand, Australia, China, and Russia. This session is the first one to launch after the weekend and the first one to react to the relevant developments that occurred while the market was inactive.

Unofficially, the activity of this session is represented by Tokyo and its market hours that last from 00.00 to 06.00 GMT. However, given the diversity of the markets involved, it is often regarded to last from 23-00 to 08.00 GMT.

So, what is the best time to trade Forex?

Having learned more about the major trading sessions in Forex, you are probably still wondering how to choose the timeframe to trade within them. As we have already mentioned earlier, there is no overarching answer to it, as the best Forex trading hours will depend heavily on the trading strategy that you will choose to implement.

In general, it is often advised to pay special attention to the first three hours of every major trading session, as it is the time frame when most of the traders usually find the best opportunities and trading conditions.

Moreover, if you are actively seeking high volatility, you should aim to be active during the top of the hour (TOTH) – the first and the last five minutes of every hour. This time usually sees the highest market volatility and spikiest market movements.

And what about the worst time to trade?

While it is more or less clear how one should work out the best time to trade according to their trading goals and strategies, we should also warn you about the market hours that are often advised to be avoided.

Professional traders often recommend excluding a timeframe of 12 AM – 14.00 PM from one’s Forex trading schedule. The reasoning behind it is the low liquidity that the market experiences in the early hours after it is opened and during the aforementioned time period. Low liquidity can often result in unusually high market volatility that is not favored by many.

The other risk factor that you should consider is the spike of volatility that can often be observed during periods of low liquidity. Such spikes can significantly hit the trader’s stop loss. Finally, it is worth mentioning that the spreads tend to widen around 12 AM.

Market overlaps: what is worth noting?

As you might know already, Forex trading encompasses trading currency pairs. Thus, if you are trading major pairs from the European, Asian, or North American markets, you will observe that the time frame when those sessions overlap is when the relevant currency pairs experience the most movement.

For example, if you wish to trade a USD/GBP pair, you should try and be active during the hours when the London and New York sessions overlap. However, for some traders, this will mean a Forex trading timetable that involves working at very early hours in the morning – and many traders with a full-time job will find it extremely inconvenient.

In this guide, we have discovered that despite being open 24/5, the global Forex market displays very different levels of activity, depending on the time of the day. The activity is usually defined by the commencement of 3 major trading sessions – Asian, European, and North American.

The best time to trade Forex depends heavily on which currency pair you decide to trade, and which trading strategy you would like to implement. For example, if you are trading a currency pair from one of the three major regional markets – you should seek a time frame when their respective trading sessions overlap.

What is the best time to trade GBP/USD?

As we have already mentioned, if you are trading major currency pairs, it is worth to do so during the Forex market hours when both of the relevant sessions overlap. For the GBP/USD pair, this time frame usually lasts from 08.00 – 10.00 GMT, as well as 12.00 -15.00 GMT.

Can I trade Forex at night?

You most definitely can. Forex market is open 24 hours a day, so you can trade whenever you deem necessary. However, you should keep in mind that some of the trading hours are riskier for the traders than others. For example, the period between 12.00 AM – 14.00 PM, when the lowest liquidity and the highest market volatility can be observed. When the overall market activity for a certain currency is low, but the price movements still occur, you, as a trader, might find it difficult to work out an efficient trading strategy.

The global foreign exchange market is opened 24 hours a day, 5 days a week. Moreover, the market hours are grouped by the working hours of the world’s largest capital markets. If you are trying to figure out when to trade Forex, you should keep in mind the three major trading sessions: