For an amateur trader, learning the key terminology can be an important step towards understanding the Forex market better. In turn, Forex language, acronyms, and terms can be very confusing, and the beginner might find it hard to grasp everything at once.

Forex terminology usually ranges from broker-related jargon to economic definitions and acronyms. It is often believed that the speed at which a trader learns key terminology will determine their consequent profitability.

In order to help you understand and memorize key terms better, we have listed them down in a guide below. Here, you will find the basic terms that every beginner should be familiar with.

Moreover, we will define some more specialized terms, such as currency-related technical language, key economic concepts, and relevant market developments. This Forex words dictionary might be most useful to the amateur traders who wish to build their knowledge about the field. However, experienced traders may also use it as a point of reference.

Before you go straight into trading with real money and working out a strategy that works best for you, here are the main terms that might help you build up your knowledge, confidence, and understanding of the field of FX trading.

Forex: it would be completely logical to start the list of basic terms with a brief definition of what Forex is. The foreign exchange market ( Forex, FX) is a global, decentralized market for trading currencies. It is the largest market by trading volume, and it includes all aspects of buying and selling currencies, as well as determining the foreign exchange rates. 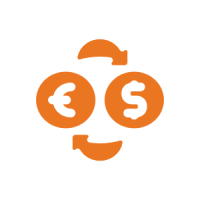 Currency pairs: currency pair is the main trading asset in FX, and, as evident from the name, it consists of a pair of currencies. Among the various Forex definitions, this one is often listed as the key starting point to understanding this market.

Base and quote currency: these two terms are used to describe each of the currencies in a currency pair. Thus, the first currency in a pair is called the base one, while the second one is referred to as a quote one. In the aforementioned example, in the USD/GBP pair, the US dollar would be the base currency, while the pound sterling would be the quote currency.

Bid and ask: when it comes to Forex trading, you will find that every currency pair will have two price quotes attached to it. The first one is the bid price, which refers to the amount of the quote currency that the broker is willing to pay to buy the base currency from a trader.

On the other hand, the ask price in a Forex language dictionary is the amount of the quote currency that the broker is willing to accept as payment for selling you the base currency.

Spread: put simply, a spread is the difference between the bid and ask price, and it is usually expressed in pips. Moreover, charging a spread is often the main source of the broker’s commission.

Pips: a pip is short for “price interest point” or “percentage in point”, and it is the smallest price move that an exchange rate can make. A trader can use pip to measure the value between two currencies, for example: if the USD/GBP pair value would increase from 3.1001 USD to 3.1002, then the increase by 0.0001 would be equal to 1 pip. For the Major currency pairs, a pip can be found in the fourth decimal place in a quote.

Lot: a Forex glossary of terms defines a lot as a unit of measurement used to determine the size of a trade. There are three main types of lots in FX trading:

Slippage: in Forex trading, slippage occurs when you receive a trade execution price that is different from the one you were supposed to receive originally. This can be caused by a number of factors, ranging from the glitch in software to large order size. This term can be used both when the new price is higher or lower than the original one.

Leverage: this term can probably be considered as one of the most-searched ones in the Forex dictionary online. Leverage means that a broker provides a trader with an opportunity to hold a larger position, without having o invest more.

Essentially, leverage is a credit that your brokers issues to you. It is usually expressed in a ratio, such as 1000:1. This means that you can hold a position x1000 times larger than the funds that you originally deposited to your account.

Margin: if you wish to access leverage, you will be required to make an initial deposit. This minimum deposit requirement is expressed as a percentage of the entire trading position, and, in a dictionary of Forex, it is referred to as margin.

Forex terms related to the movement of the financial market

Having discussed the Forex basic terminology, we will now move on to the terms that are used to describe processes within the financial markets in general, and the FX market in specific.

Long vs short position: In Forex trading, if a trader decides to buy a currency pair, it means that they expect that this currency pair will be growing upwards in the near future. Thus, they are taking a long position.

On the other hand, if you choose to sell a currency pair, you are probably expecting it to move to the downside, and, therefore, you are taking a short position. If your predictions turn out to be accurate in both cases, you are likely to make some profit. 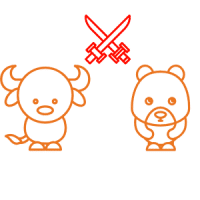 Bullish vs bearish/hawkish vs dovish: similarly, this forex trading terminology refers to the trading strategy that you choose to take on. If the market goes bullish, you will probably take a long position on a certain currency pair. Similarly, if you go short on a currency pair, it will probably mean that the market is going in a bearish direction.

When talking about the central bank, one can no longer talk about bullish or bearish, as it is not possible for a central bank to have a position on the market. However, what would be defined as bullish with an ordinary trader is called hawkish with the central bank, and bearish becomes dovish respectively.

The ability to single out and understand the relevant economic indicators is often regarded as an imperative component of one’s success in Forex trading. Thus, below we will provide some of the key economic terms that you, as a Forex trader, might want to grasp.

Gross Domestic Product (GDP): a simple definition of this term is the total amount of goods and services produced in a country during one year. When it comes to the Forex market, this concept is not often used to predict market movement, but rather to assess an overall economic climate of a certain country.

Nonfarm payrolls (NFPs): as one can already tell from the name, this concept refers to the measure of the overall numbers of workers in the USA, excluding farm workers, government employees, proprietors, as well as employees of the private households and the non-profit sector.

When it comes to the Forex terms dictionary, this term is usually categorized as an economic indicator, that is issued on monthly basis and can be used to determine future market movements.

Inflation: in economics, inflation is a term that characterizes an environment in which the prices for goods and services increases, and, consequently, consumer purchasing power decreases. Many professional FX traders cite the importance of closely following this trend, however, how can one do that?

Consumer Price Index (CPI): since the change in inflation rates does not come up on your economic calendar, this indicator is often used by traders to monitor it. In a nutshell, CPI determines the change in the prices that the consumers pay for a variety of goods and services. 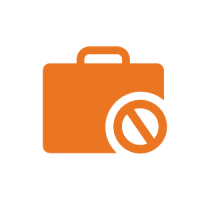 Initial jobless claims: this term in the glossary for Forex trading is often regarded as one of the most impactful weekly reports that are reflected in the FX price movements. It can be defined simply as the number of people that make first-time claims for unemployment benefits.

Interest rate: currency interest rate can probably be listed as one of the most important factors influencing the Forex market. The interest rate depends heavily on the level of inflation in a certain country.

If the inflation levels go up, the country’s central bank will increase the interest rates to slow down the growth – and vice versa.

Industrial Production Index: if you are one of the majority of the traders worldwide, who choose to trade currencies in a pair with the US dollar, then this monthly report is one that experts recommend paying attention to.

This concept measures the overall US output in terms of the quantity of the material produced by three key segments of the country’s economy: mining, manufacturing, and gas and electric utilities.

Final thoughts on a glossary for Forex trading

The list of the terms presented above is non-exhaustive, and there is a variety of other specific technical definitions that a trader might want to learn more about. There is no single recipe for how you should approach the Forex trading dictionary; however, many experts agree that it is very hard to avoid the specific vocabulary altogether.

It is generally advised that you start by understanding the main FX-related concepts, and discover more technical jargon while searching for the trading strategy that works best for you.

What are the most important terms in Forex trading?

There is no definitive answer to which Forex terminology is the most important one, as it would usually depend heavily on the chosen strategy of each individual trader. Nevertheless, it is often advised that traders of any level first build a clear understanding of the main Forex terms. A comprehensive breakdown of such terms can be found in the first section of this guide.

Can you trade Forex without knowing the terminology?

It is your individual choice whether or not you would like to invest some time and effort into learning the specific FX jargon. There is nothing stopping you from diving deep into the actual trading without knowing the specific terms, however, by doing that, you might be setting yourself up for failure.

It is very hard to avoid exposure to specific technical terms, and it is even harder to trade intuitively. Thus, although in theory, one could start trading without knowing the terminology of the glossary for Forex trading, it is inadvisable to do so, as it is unlikely that your trading sessions will be very successful.

Should you learn the Forex glossary before starting trading?

Many professional Forex traders and experts of the field advise that the beginners get themselves acquainted with the specific terminology first, before going straight into trading with real money.

As many might already know, Forex trading is already a risky financial enterprise, and it is best approached with all the skills and knowledge necessary to minimize the potential risks.

If you wish to trade successfully and gain some profits from FX trading, you should probably invest some time and effort into the prior education and research – which also includes understanding the terms and concepts listed in the Forex trading glossary.