Argentina is a country full of political and economic controversies, intriguing trends, and a crisis-ridden economy. For that and many other reasons, it attracts numerous experts and researchers to investigate complex cases of Argentina. Argentina is a state on the South American continent, located in between Chile and Uruguay. The country is less than three-tenths the size of the United States and has a population of over 45 million residents. Therefore, Argentina has a huge potential for presenting itself as a highly developed state. Interestingly, in the 20th century, Argentina was part of the top 10 economies globally with a rich young population. However, with the transition into the 21st century, the republic significantly slowed down its pace of development. We can observe the consequences of this trend in the distribution of wealth over the age groups of Argentinian rich people.

Below, we present you the list of the top 8 richest people in Argentina with their backgrounds, success stories, and interesting facts from their lives. 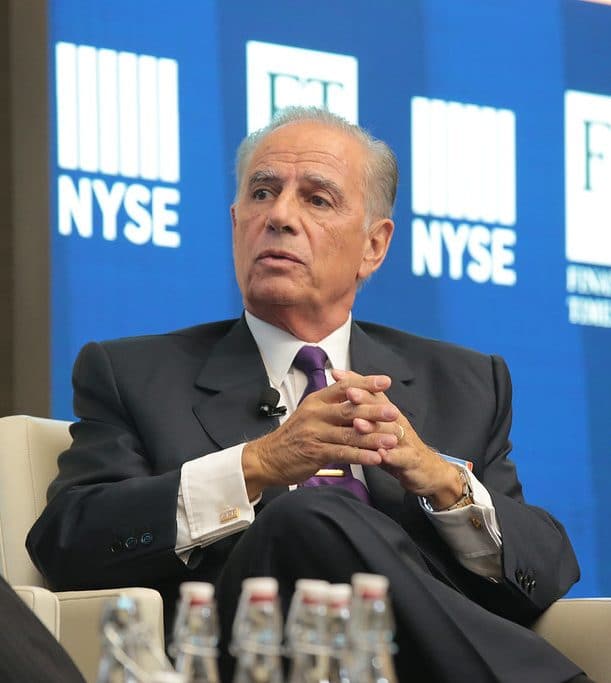 It is not news that family businesses are quite common types of ventures globally. Hence, the global community can name quite a few notorious and wealthy families that operate together even today. One of the greatest examples of that are Carlos and Alejandro Bulgheroni. Back in 1948, the Bulgheroni family established the Bridas Corporation. The company mainly dealt with providing parts for the pipeline network of the national oil company. Nowadays, the corporation carries the name BS Energy Investments. Brothers, Carlos and Alejandro joined the company after their accomplished their undergraduate studies at the University of Buenos Aires. In 1985, both brothers took over the management of the company later to become famous Argentine billionaires.

Carlos and Alejandro handled the company quite successfully for few decades. In 2011, they decided that it was time to sell the share of Bridas. Therefore, CNOOC, a Chinese overseas oil-production company acquired 50% of the shares at Bridas Corporation for 3.1 billion US Dollars. However, in 2017, the brothers arranged an agreement to establish the largest privately-owned integrated company in the local market. The name of the new establishment is Pan American Energy Group and Alejandro still serves as a chairman of the company. Sadly, Carlos passed away on the 3rd of September in 2016 in Washington DC at the age of 71. Therefore, Alejandro is left as a representative of the wealthy Bulgheroni family. Currently, Bulgheroni resides in Uruguay and is the only Billionaire living in the country.

The real-time net worth of Alejandro Bulgheroni is $3.3 billion and is one of the richest Argentinian entrepreneurs.

Register with the World-Class Broker – Forex.com 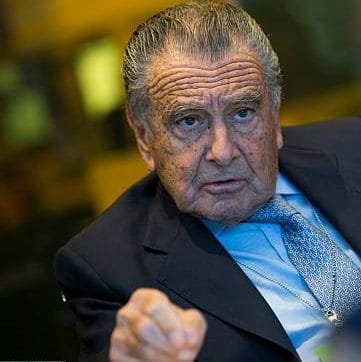 The fifth richest billionaire of Argentina, Eduardo Eurnekian comes of Armenian ancestry. His parents migrated to Argentina in the early 30s. The family was operating a textile business locally and at that time it was a common type of the business that local community was doing. However, the family managed to reach great success, as they became one of the key suppliers of PUMA, an international sporting apparel company. Unfortunately, the business was short-lived thanks to the introduction of the new regulatory policies of 1981. On the other hand, the family survived the collapse and continued their business for few more years.

The family of Eurnekians had a habit of borrowing from the small business lender BANADE. With the funds accumulated by his parents, Eduardo Eurnekian invested in Cablevision S.A and acquired the company fully. In the early 1990s, the Minister of Economy, Domingo Cavallo introduced the Convertibility Plan, which promoted financial stability within the country. Hence, Eduardo saw the opportunity to join the club of billionaires in Argentina. He sold a 51% share of Cablevision S.A to Telecommunications Inc. At first, the deal brought him a profit of $350 million, while a few years later he generated an additional $320 million as he sold most of the remaining shares of Cablevision S.A.

The estimated net worth of Eduardo Eurnekian is over 1 billion US dollars.

Most of the Argentinian community knows this man as Don Gregorio or Goyo. Gregorio Perez Companc, or as his birth certificate states Jorge Gregorio Bazan, is one of the most influential and beloved businessmen in the whole country. Don Gregorio had a significantly tough childhood. His parents abandoned the newborn baby and Gregorio spent much of his childhood in the orphanage house. Therefore, that is why his story is often so inspiring and motivating for people with various backgrounds. In 1934, the Companc family adopted young Jorge Gregorio Bazan. He attended La Salle college preparatory school, however, never intended to actually graduate from school. In 1968, Perez Companc acquired the position of director at the Banco Rio de La Plata, which was the largest bank of the private sector in that period.

Nowadays, Gregorio Perez Companc is one of the Argentina billionaires with a wealth of $1.6 billion. 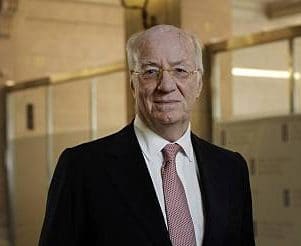 Paolo Rocca, an entrepreneur and a CEO of multiple successful firms, is a great example of how can career development bring an individual to great wealth. Rocca is an Argentinian businessman with Italian origins. His main business operations focus on the fields of engineering, construction, and the energy sector.

Paolo was born in Milan, Italy in 1952 in the family of founders of the industrial group Techint. His grandfather, Agostino Rocca established the group, which later passed to Paolo’s father Roberto Rocca. Nowadays, Paolo Rocca is the CEO of Techint group, however, he had a long career path before acquiring the position finally. He graduated from Harvard Business School with MBA, previously accomplishing studies in Political Science in Milan. Rocca’s very first serious position encompassed the duties of an assistant to the Executive Director of the World Bank in 1985. Later, Paolo became an assistant to the Chairman of BOD at Techint and later an Executive Vice-president of the company, Siderca.

Argentinian prominent figure, Paolo Rocca served as a member of the International Advisory Committee at NYSE, as well. As a CEO OF one of the top 10 companies in Argentina, Paolo Rocca has a total wealth of 3.7 billion US dollars.

Argentina is very famous for producing quite a few notable ladies in the business industry. Ernesta Herrera de Noble is undoubtedly one of them. She is a successful publisher and an executive. Moreover, Ernesta Herrera is the very first lady to acquire the position of director at a mainstream newspaper in the whole South American region. While being a director of the Clarin newspaper, Ernesta also became the largest shareholder of the media conglomerate under the name of Grupo Clarin.

Ernesta Laura Herrera was a professional Flamenco dancer until 1950. During her career as a dancer, she met with Clarin’s founding publisher – Roberto Noble. They got married in 1967, however, Roberto passed away after two years due to cancer. Ernesta inherited a significant amount of shares as an inheritance at Clarin. Even though the newspaper was the most prominent ones in the whole country since its establishment, the appearance of Ernesta as a director greatly damaged the sales. Despite the numerous hardships that this young lady had to go through, Clarin extended its reach into the local media and built a strong partnership with La Nacion. Eventually, together with few partners, Mrs. Noble established the largest media conglomerate in Argentina making her the richest person in Argentina as a woman.

The net worth of Mrs. Noble is around 850 million US dollars.

Additionally, Luis charged the AEA for 7 years, which is the Argentine Business Association until eventually acquiring the position of Vice President. Mr. Pagani is the holder of multiple honorary recognitions, including the membership to Candy Hall of Fame. He received the award as the Entrepreneur of the decade. He also is the first place holder within the list of the business leaders in Argentina. 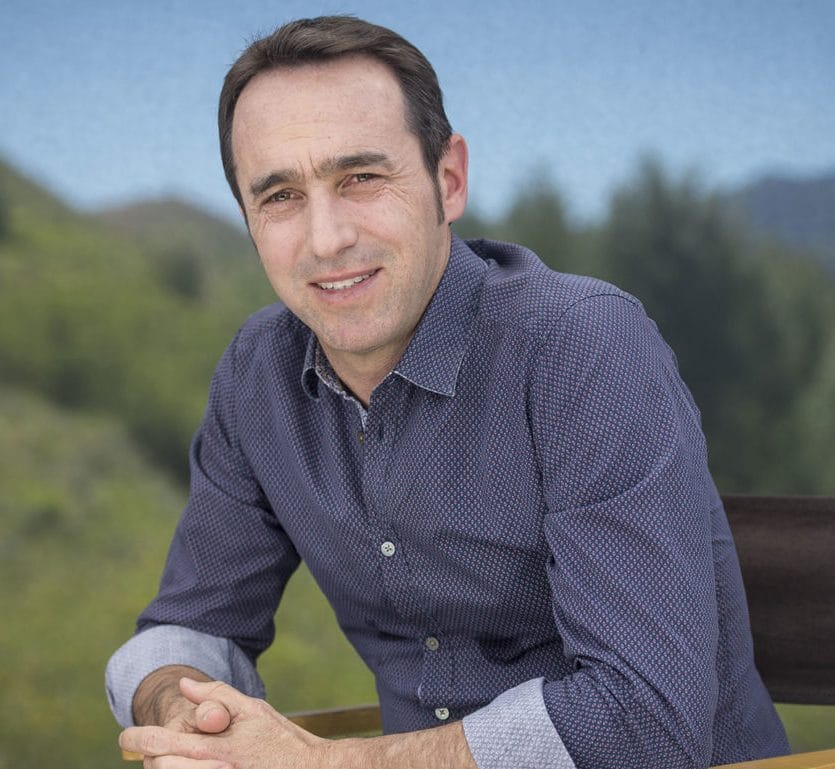 The local business in Argentina would not be the same without Marcos Eduardo Galperin, CEO, and Chairman of MercadoLibre. Born in 1971, October 31 in Buenos Aires, Argentina Marcos was a child in a wealthy family. Marcos Galperin family was the owner of the multinational leather corporation, SADESA. As a teenager, Marcos Galperin traveled to the United States. He obtained a finance degree from the Wharton School of the University of Pennsylvania. After accomplishing the studies at the university he came back to his hometown in Argentina. However, he once again visited the United States in order to earn an MBA at the Stanford Graduate School of Business in 1997.

When Galperin was still enrolled in his postgraduate studies in the United States, he began working on his own company. With the assistance and help from his professor in Finance, Jack McDonald, Marcos managed to attract investors. The very first investor to finance Galperin was the co-founder of Hicks Muse, John Muse. Later on, the company established by Marcos attracted investors such as JP Morgan Partners, Goldman Sachs, and Banco Santander Central Hispano. Furthermore, eBay acquired around 20% of the shares of the company in 2001.

The net worth of Marcos Galperin is around 7.2 billion US dollars making him one of the prominent billionaires in Argentina. 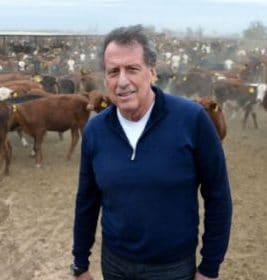 Another child of a wealthy family, Jorge Horacio Brio is an influential businessman and a billionaire in Argentina. However, he was only 10 years old when his father passed away and the family consisted of two members only, him and his mother. Jorge began his professional career as a banker and soon was the CEO of Banco Macro, which is one of the largest banks in Argentina. For more than 13 years, Mr. Brito was an honorable member, president, and chairman of the Argentine Banking Association. His scope of business operations ranges from real estate and livestock to the wind power sector. As per 2017 data, Jorge Horacio Brito was the 7th Argentina richest person.

The first private entity that Jorge established was a brokerage house. In 1976, he formed Anglia and later acquired a competitor broker Financiera Macro. After the merger of these two brokerage firms, Jorge Horacio Brito became an owner of the Macro Bank. His success recipe was ultimately based on the close connection with the politicians. Macro Bank held the treasury funds of several notable political figures and acted as the financial agent for them. Eventually, the business grew so much that Macro Bank established seven branches in different regions of the country. It became one of the most significant and largest private banks of the state.

The 7th place holder on the list of billionaires in Argentina has an estimated wealth of 1.7 billion US dollars.

Register Your Trading Account with the Leading Forex Broker – Forex.com