Home -- Guides -- How To Generate Passive Income With Cryptos
Guides
by Greyson on December 22, 2021

How To Generate Passive Income With Cryptos 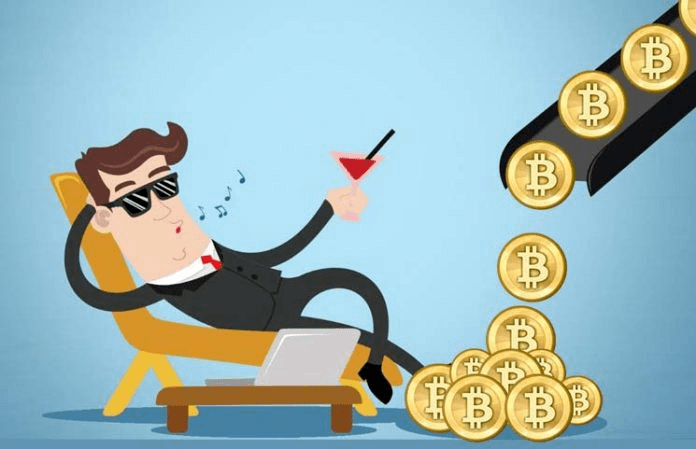 Is it too late to join the cryptocurrency revolution? As a society, we’ve heard about the HODLers who got on the crypto bandwagon early and held on for the long haul. More than one million dollars has been earned by early investors with minor contributions. But in the beginning, cryptography was unsure and understood by a small number of people. The vast majority of investors either missed out on this chance or invested very little.

There is still time to profit from cryptocurrency, even if you missed out on the early gains. Investing in cryptocurrencies isn’t only for seasoned investors; it’s also a great way for newbies to start making money.

Traders in the cryptocurrency market frequently have one of two objectives: to build a Bitcoin portfolio or to earn a profit in dollars. To trade cryptocurrencies, you may use a CFD trading account or an exchange to speculate on the price fluctuations of the underlying coins. For those who want to speculate on cryptocurrency price changes without really owning the coins, CFDs trading is a viable option. If you believe a cryptocurrency will grow in value, you may go long (‘buy’) or short (‘sell’).

There is no need to put up a large amount of money in order to have full exposure to the market with leveraged products like futures and options. Profits and losses may be magnified by using leverage, as long as your position size remains the same. As time passes more and more investors find that the crypto market is always going to be volatile. In order to not miss the chances nowadays some of the individuals are benefiting from the crypto automated trading, which means that they trade through the use of AI. In addition to that, through AI and automated trading, a dozen pieces of information proceeds in a very short period of time.

Bitcoins and other cryptocurrencies don’t have a central authority, such as the government, to issue or support them. In this case, they are distributed throughout a computer network. But you may buy and sell cryptocurrencies and keep them in ‘wallets’ on exchanges.

Only a digital record of ownership can be found on a blockchain for cryptocurrencies. Unlike conventional currencies, cryptocurrencies do not exist in any tangible form. Sending bitcoin units to another user’s digital wallet is the most common method of doing so. Until a mining process verifies the transaction and places it on the blockchain, it isn’t deemed final. It’s also how new cryptocurrency tokens are frequently produced, too.

The initial method of making money with Bitcoin and other cryptocurrencies is to mine them. Crypto coins or tokens are given to the “miner” who solves the challenge the quickest. As a result of the network’s dispersed power, no one entity possesses more than 51% of the network’s total capacity, which may allow it to alter transactions and disrupt or threaten its smooth operation.

For most cryptocurrencies, such as Bitcoin, there is a fixed money supply – a limited number of coins ever to be issued. Consequently, the payouts for mining decreased and the criteria to obtain tokens increased as a result of more individuals mining.

As a result, mining today is very expensive and resource-consuming. There are instead big mining farms, which use hundreds of ASICs and a lot of power, to mine. In order to remain viable, many farms have relocated to regions like Quebec, where the temperature is low enough to keep the machinery cool and keep energy costs low. Mining continues to support proof-of-work networks such as Bitcoin, and chances to invest in mining rigs occur whenever the price of Bitcoin rises.

Even huge mining organizations are unable to afford the price of mining Bitcoins because of the high expenditures of equipment and power. Staking a currency is lending it out to the network to verify transactions, which is what people do when they stake their currencies. Once your coins are loaned out through the network, you will be given a reward in the form of more currency. Coins that are staked are put into a particular pool, which means that they are accessible for use on a day-to-day basis.

At any one moment, a person may only verify the number of tokens they have staked. The more you stake, the more tokens you’ll be able to earn by verifying transactions. Pooling your coins with others is the most efficient way to get a greater share of the transaction-validating power.

Staking a crypto coin sometimes only requires a little outlay of capital. While smaller holders may join in group staking pools, it is necessary to have 32 ETH (about $40,000 in today’s pricing) in order to start your own staking pool on Ethereum (ETH). If you want to participate in a network, you must have a certain number of tokens to start. Staking, raising your stake, and keeping a persistent connection to a crypto wallet are the most effective ways to make passive income. Inflation may be seen as a sort of supply growth, and therefore, staking can be viewed as a strategy to prevent inflation and keep your value current.