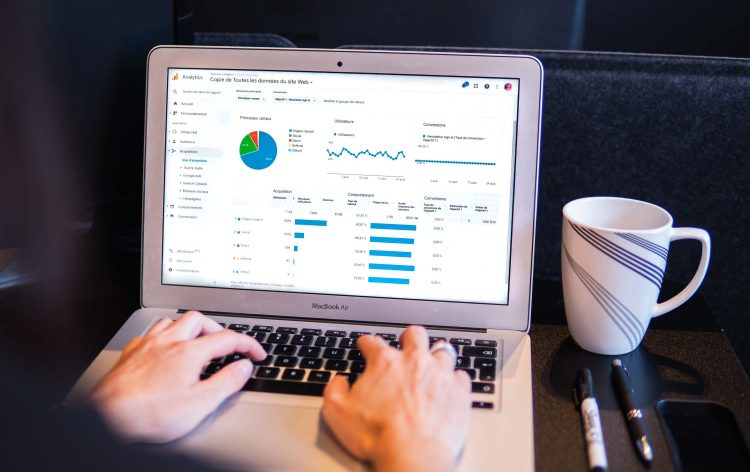 One of the most common reasons why some traders lose money on a consistent basis is a result of the failure of risk management. The fact of the matter is that with a proper Forex risk management strategy in place, traders are unable to put some limit on their losses.

Here it is worth mentioning that when it comes to the Forex risk management strategy there are several techniques one can use. Firstly, nearly every experienced trader and financial expert talk about the importance of diversification. In the Forex market, it means not to risk more than 2% of trading capital in a single trade.

The second important risk management strategy Forex traders can use is to put a stop-loss limit on trades. In this case, if the market moves against the trader, at a predetermined point the broker automatically closes the position. This allows market participants to limit their losses considerably. In addition to that, with stop-loss orders traders do not have to be in front of the screen 24 hours a day, keeping an eye on the market movements.

Another one of the essential Forex risk control methods is to limit the use of leverage to a certain extent. This is because, with too high leverage levels, traders can lose all of their investment in a trade even as a result of relatively small market movement.

Finally, one of the Forex risk control strategies is to identify and avoid trading highly correlated currency pairs. This is because by taking the same positions with positively correlated pairs, traders can increase their risk exposure levels without realizing it. Let us now go through each of those methods in more detail.

One of the most important methods for managing trading risks is diversification. The fact of the matter is that if a trader invests the entire trading capital in a single trade, then the losses here can be considerable. This is actually one of the most common reasons why some market participants lose money on a consistent basis.

This is exactly why many experienced professional Forex traders advise the market participants to only risk 2% of their trading capital. For example, if an individual has $10,000 in trading capital and invests all of those funds in a single trade, then if things go wrong that the entire amount can be lost. On the other hand, by diversifying and only risking 2% of the funds, the maximum loss, in this case, would be $200. So obviously, losing just $200 is much better than losing $10,000.

Here it is also worth mentioning that recovering from a 2% loss is much easier than from losing 30% or 50% of the trading capital. This rule does not require traders to open 50 different positions at the same time, with 2% of the capital each. Instead, the market participants can open any number of trades, as long as they are not rising more than 2% with each of those.

Nearly every experienced Forex trader, when listing the Forex risk management tips mentions the importance of stop-loss orders. The mechanics behind this is very simple. The market participants specify the level at which the position will be automatically closed by the broker. This allows traders to limit the amount of their potential losses.

In order to illustrate the benefits of this risk management tool, let us take a look at this 15-minute EUR/USD chart: 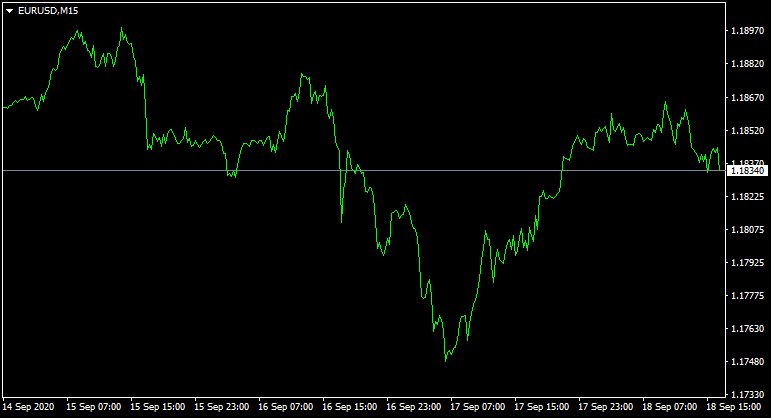 As we can see from the above diagram, during the middle of September, the pair was trading near $1.1865 level. During the subsequent days, the dollar made some notable gains, with the EUR/USD pair dropping all the way down to $1.1750, which represents a 115 pip decline, which is approximately the equivalent of a 1% decline of the single currency. After this decline, the Euro has recovered some of its recent losses and stabilized near $1.1835 level.

So if someone has opened a long EUR/USD position with 1:50 leverage at the beginning of the chart, without the stop-loss orders, then the trade would have lost approximately 50% of the investment, due to the sharp decline of the Euro.

On the other hand, if the market participant had placed a stop-loss order at the $1.1855 level, then the outcome would have been completely different. As the Euro began its decline and hit the $1.1855 level, this would trigger a stop-loss order. As a result, the position would be closed and the trader would only lose 15 pips in this particular trade, a considerably lower amount, compared to the case of losing 115 pips in a single trade.

So as we can see from this example, the use of stop-loss orders can make a significant difference in terms of risk management and limiting losses. However, at this point, it is important to point out that there are some traders with specific trading styles who do not use stop-loss orders.

The first category of those types of market participants is scalpers. Now, this trading method involves opening and closing positions with 1 to 15 minute time frames. It is not surprising that with such short time frames, the traders have relatively small profit targets. In most cases, scalpers are targeting to hit 5 pip to 15 pip profits per trade.

Consequently, scalpers do not want to spend 2-5 seconds filling out stop-loss orders, since in this such a short period of time the market can make a significant move. Therefore, if those types of traders spend money on stop-loss orders, they might miss out on an important move or opportunity to make some profitable trades.

In addition to that, it is worth noting that since scalpers close their trades in 15 minutes at most, they can keep their eyes on the screen for such a short period of time. They do not leave their positions overnight, so they keep the latest market developments under control.

So the use of stop-loss orders might be useful for many traders, however for some market participants due to specifics of their trading style, this might not be the most useful tool under their disposal.

Understanding Forex Risk with Use of Leverage

When it comes to the risk management in trading, it is worth mentioning that the reason some people lose money in Forex is that they use unnecessarily high leverage. The fact of the matter is that the leverage does increase potential earnings, but it can also magnify the amount of losses.

For example, with 1:400 leverage it only takes 0.25% adverse market movement for the entire position to be wiped out. Here it is important to point out that in some countries it is illegal for brokers to offer such high amounts of leverage. For example, in the United States, the maximum amount of leverage is limited to 1:50 for major currencies. 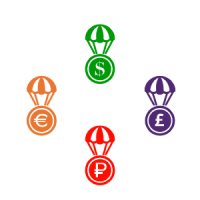 The list of those major currencies includes the US dollar (USD), the Euro (EUR), the British pound (GBP), the Japanese yen (JPY), the Australian dollar (AUD), the Canadian dollar (CAD), the Swiss Franc (CHF), the New Zealand dollar (NZD), the Norwegian krone (NOK), the Swedish krone (SEK) and the Danish krone (DKK).

For other minor and exotic currency pairs, the leverage limits are even lower than 1:50. In the European Union, the maximum amount of leverage is limited to 1:30 for major currencies.

However, even if a trader uses 1:50 leverage, it takes a 2% adverse market movement for the entire position to be liquidated. Therefore, it is very important to manage the leverage risks carefully. This is why some experienced Forex traders might limit their leverage levels to 1:20 or even to 1:10. This prudent approach can certainly help some beginner traders to survive market volatility and retain at least some of their trading capital.

When discussing the most important trading risk management techniques, some financial commentators forget to mention the importance of avoiding trading highly correlated currencies. This might sound rather a complicated term. However, the basic principle behind this is quite simple.

The fact of the matter is that some currency pairs have a strong positive correlation. This means that they tend to move in the same direction most of the time. This does not mean that they will always make exactly the same movements all the time. However, in the majority of cases, they experience similar amounts of gains and losses.

The list of such currency pairs include ones which hold at least one same currency. For example, EUR/USD and GBP/USD usually tend to be highly positively correlated. In addition to that, some currencies and commodities have a notable positive correlation.

For example, it is a well-known fact that Canada, Russia, and Norway are major exporters of oil. Consequently, the Canadian dollar (CAD), Russian ruble (RUB), and Norwegian krone (NOK) are highly correlated with oil prices. This is because when the price of this commodity rises, the economies of those countries tend to benefit from those developments.

Also, the New Zealand dollar is highly positively correlated with the dairy prices, due to the same reasons as in the case of previous examples. 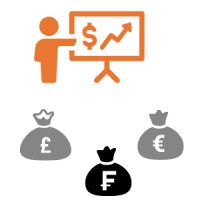 Here it is also important to remember that we also have cases of negative correlation in the Forex market. This means that those securities tend to move in the opposite directions. For example, EUR/USD and USD/CHF generally tend to be negatively correlated currency pairs. USD/CAD and oil price also represent a case of negative correlation. This is because of the close relationship between the Canadian dollar and the oil. So if the price of this commodity rises, then this will usually weaken the USD/CAD exchange rate.

So when it comes to risk management in the Forex, it is important for traders to avoid opening the same positions with highly positively currency pairs or opening the opposite trades with negatively correlated currency pairs. The reason for this is quite clear: in all those cases the trader will most likely face the same result with both trades. One will either lose money on both of those traders or make some gains with both of those positions. Consequently, this simply increases one’s risk exposure.

Consequently, if the two given currency pairs have a correlation coefficient of 0.10, then this type of relationship is not that strong to have any noticeable impact on the exchange rates. However, if it is 0.50 or higher, this might suggest that taking two same positions with those currency pairs will lead to increased risk exposure. Therefore, it is always helpful to take a look at correlation coefficients of different pairs before making trading decisions.